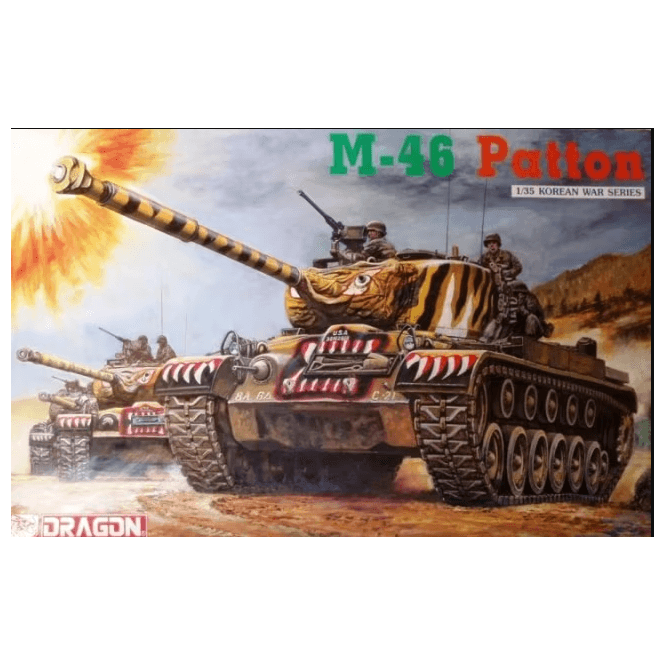 Code: D6805
Item in Stock Item out of Stock | Usually dispatched within 24 hours
Want it by Tuesday 7th June? Order within 10 days, 20 hours, 6 minutes and choose DPD Next Day at checkout.
Loading...

The Korean War, fought from 25 June 1950 till 27 July 1953, is sometimes described as the Forgotten War. Coming soon after WWII had ended, it saw North Korea take on South Korea, which was supported by the USA and 21 members of the United Nations. Within two months of North Korea’s invasion, allied forces were on the point of defeat after having retreated within the Pusan Perimeter. A daring US amphibious assault at Incheon set North Korean forces back on their heels, and the battle henceforth seesawed back and forth. An armistice ended the conflict, which was one of the most destructive in modern times. Approximately 3 million fatalities occurred, of which most were civilians.

Dragon remembers this war with an assortment of 1/35 scale plastic kits and figures. This newest reproduction, timed to coincide with the 70th anniversary of the Korean War’s commencement. Most of these items have not been available for some time, so this is a perfect opportunity for modelers to stock up. These items offer a good cross-section of the equipment and forces that fought in the Korean War, so modelers will want to snap them up quickly before they disappear from circulation again!