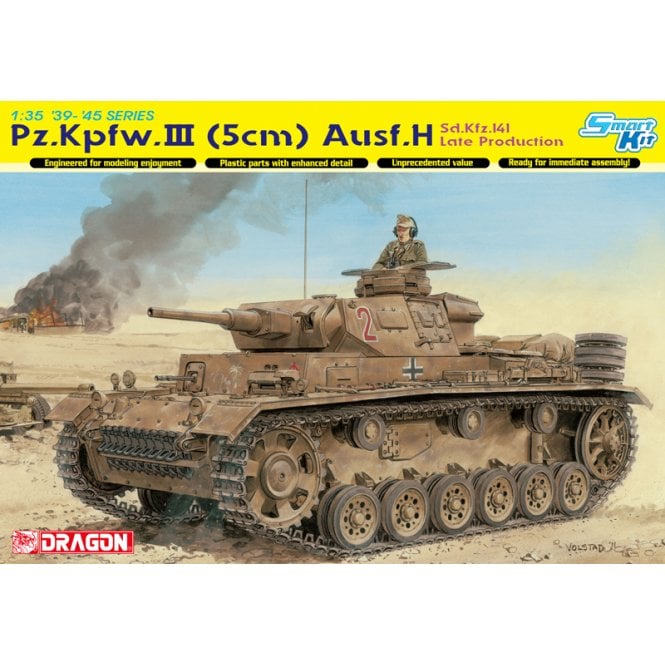 Code: D6642
Item in Stock Item out of Stock | Usually dispatched within 24 hours
Want it by Tuesday 7th June? Order within 9 days, 3 hours, 5 minutes and choose DPD Next Day at checkout.
Loading...

The Panzer I formed the nucleus of Germanys embryonic tank formations, but its light armor and light armament meant it was outdated by the start of WWII. Despite being made redundant as a gun tank, the chassis of the Panzer I was utilized in a number of alternative roles, including that of a self-propelled howitzer. It was recognized early on that mobile artillery could provide invaluable fire support to tank units, so the mounting of a 150mm s.IG.33 infantry gun resulted in a vehicle known as an s.IG.33 (Sf) auf Pz.Kpfw.I Ausf.B. The gun was mounted in a tall, boxy superstructure, though the chassis of the Panzer I was overstressed by the extra weight. The armored shield was only 10mm thick and could only offer front and side protection, plus there was no space for spare ammunition to be carried. Ultimately, this ungainly and top-heavy artillery piece wasnt a great success and only 38 were converted in February 1940 by Alkett. These guns served in the Battle of France and beyond, though as the war progressed, the 150mm s.IG.33 gun would be mounted on alternative chassis too.

Germanys first self-propelled howitzer has been recreated in miniature in Dragons newest plastic kit. The 1/35 scale kit is based on Dragons popular Pz.Kpfw.I Ausf.B, but this latest model has a brand new gun shield and new s.IG.33 howitzer. The boxy superstructure is injection molded in order to achieve a true-to-scale thickness, and two different sets of side armor plates are offered for real versatility. As per the real vehicle, the s.IG.33 gun is still fitted with its wheels and is mounted on the Panzer I chassis, while the gun carriage is finely reproduced with full detail. The combination of an enormous gun shield and a diminutive chassis combines to create a unique-looking German subject. This kit is ready to lend immediate fire support to a modelers next project!