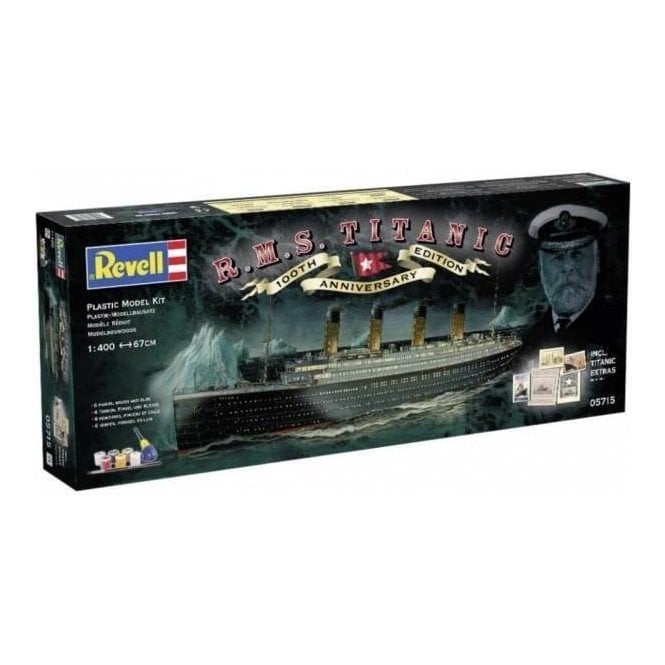 The Titanic was laid on March 31, 1909, about fifteen weeks later, after which the sister ship Olympic had been laid. Both steamers were built at the same time and equipped with a maximum of elegance and luxury. It was planned to use both steamers in the prestigious transatlantic liner service of the White Star Line. Two years later, on the 31st of May 1911, the Northern Irish shipyard Harland & Wolff handed over the completed Olympic to the shipping company, and on the same day at around 12:15 pm the Titanic had its launch. With a length of 269.04 m, a width of 28.19 m and a tonnage of 46.329 GRT, it surpassed all ships built up to that point and was the largest ship in the world in 1912. First, Captain Edward John Smith took over the command of the Olympic, Before he switched to the Titanic for the maiden voyage. On Wednesday, April 10, 1912, she broke up from Southampton, escaping just a clash with New York, which was moored in the harbor. The stations Cherbourg (France) and Queenstown (Ireland) were on their way to New York (USA). The crossing went smoothly until the bell of the Ausguck sounds around 23:40 clock (on-board time) due to numerous iceberg warnings on Sunday (14 April 1912). The ship touches the iceberg on the starboard side and sinks into the icy waters of the Atlantic after two hours and forty minutes. Only 712 people survived the disaster. Captain Smith went down with his ship.

This gift set appears in an informative special packaging on the occasion of 100 years Titanic. In addition to the 1: 400 scale plastic model kit, this exclusive set includes 6 basic colors, a brush and glue. Original reprints of historical documents are included as a special supplement. These are: 3 postcards, a first-class menu, a 28-page White Star Line promotional brochure.