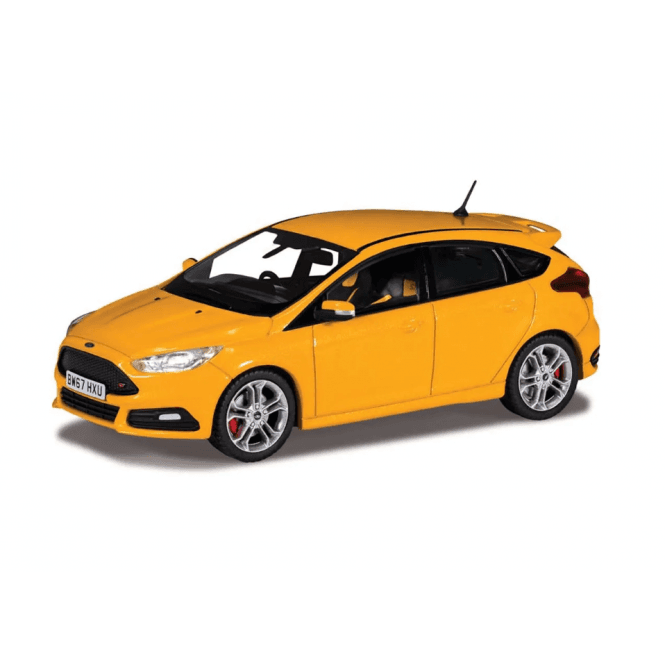 Code: VA15302
Item in Stock Item out of Stock   |   Usually dispatched within 24 hours
Want it by Wednesday 8th February? Order within 3 hours, 27 minutes and choose DPD Next Day at checkout.
Loading...

The Ford Focus has been a sales success since it was launched in 1998 as a sensational looking replacement for the long-running Escort range. The third generation Focus, codenamed C346 while being developed, was announced in December 2010, and remained in production in Europe until 2018.

It differed from previous models in not being offered as a 3-door hatchback but that didn’t stop Ford offering a performance orientated version of the 5-door, the ST, which went on sale in the UK in the summer of 2012. It featured a 247bhp turbocharged 4-cylinder 2-litre EcoBoost engine mated to a six-speed manual gearbox, which gave the car an impressive 0-60 mph time of 6.2 seconds.

The Focus ST modelled is an ST-2 trim car meaning that it has colour coded Recaro front seats with partial leather trim. It’s owned by Devon-based fast Ford enthusiast James Bennett who bought it in December 2018 from the Ford dealer who had supplied it new, Bristol Street Motors, Birmingham. It was then six months old and had covered just 6,000 miles.

Although it looked standard, the first owner had fitted a desirable Mountune MP275 upgrade which consisted of revised engine calibration, a large-capacity alloy intercooler and a high-flow dual-entry air filter. This gave an extra 25bhp, a wider powerband and an improved 0-60 time of 5.7 seconds. James is an enthusiastic member of the social media group, Tangerine Scream ST Owners Club.