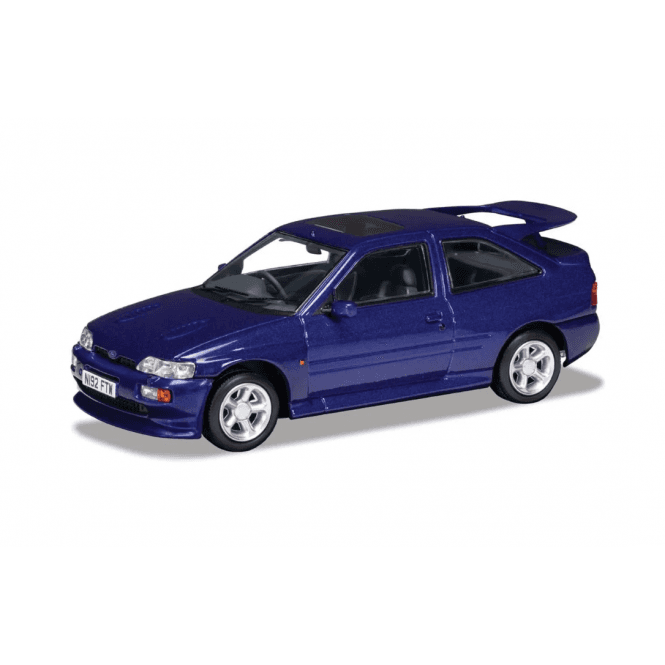 The Escort RS Cosworth modelled was retained by Ford for press and PR duties and once no longer a current car became part of Ford’s extensive heritage fleet. It has appeared in numerous magazine and website features celebrating the Escort Cosworth, starred on the Grand Avenue of the indoor London Classic Car Show and appeared as a studio prop on the Top Gear programme.

The Luxury specification featured Recaro seats (leather was optional), a sunroof, electric windows and a heated windscreen. The equipment added 45 kilograms to the car’s weight but transformed the Cosworth into a genuine pocket-sized luxury express that was also usable as an everyday car.

The Escort RS Cosworth was specifically designed to win rallies and sprinkle some motor sport glamour on Ford’s whole range of cars, which it did very successfully, claiming ten World Rally Championship victories in the hands of stars such as Carlos Sainz and François Delecour. It was developed in-house at Ford, but the company contracted well-known coachbuilders Karmann of Osnabrück, Germany, to production engineer and then actually make the car.

After an almost a year-long pilot build and development programme, production of the Escort RS Cosworth began in earnest on April 27th, 1992, using a facility that had previously built another specialised Ford product, the Merkur XR4Ti. The last of the 7145 Escort RS Cosworths built came off the line on January 12th, 1996.