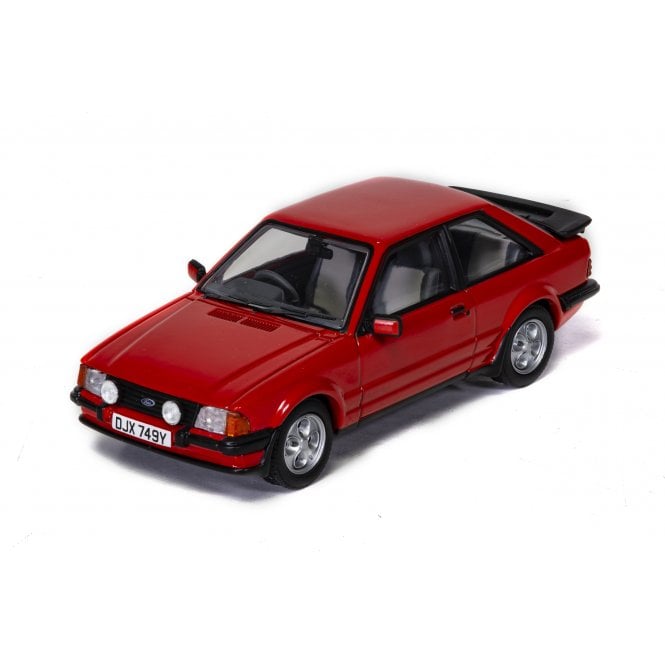 The new Escort, following the prevailing trend in the industry, was a front-wheel-drive hatchback and featured a new engine, the CVH. Ford had been watching market trends and realised that the hot-hatch segment was hugely important, in both sales and image terms, so with help from triple F1 World Champion Sir Jackie Stewart developed the new high performance XR3 as part of the initial range.The XR3i modelled was purchased from Brockholes Motor Company, Huddersfield, on March 1st, 1983, by Alwin Holmes and cost £5496.67 including £34.58 for tinted glass. He kept it for ten years, covering 53,810 miles, servicing it fastidiously and keeping a detailed history. On December 9th, 2007, the car’s third and current owner, Nottinghamshire-based mechanic Phil Haywood, purchased the then 64,000-mile XR3i which was still in good condition. In 2009 he stripped it for a concours restoration to original specification. This included a full respray and having all the zinc components replated. He also stripped the engine, checked the components, and found it only needed new gaskets. The restored car won the XR Owners Club’s National Day Concours in 2010, 2011 and 2012 and has featured in both Classic and Sports Car and Classics Monthly.