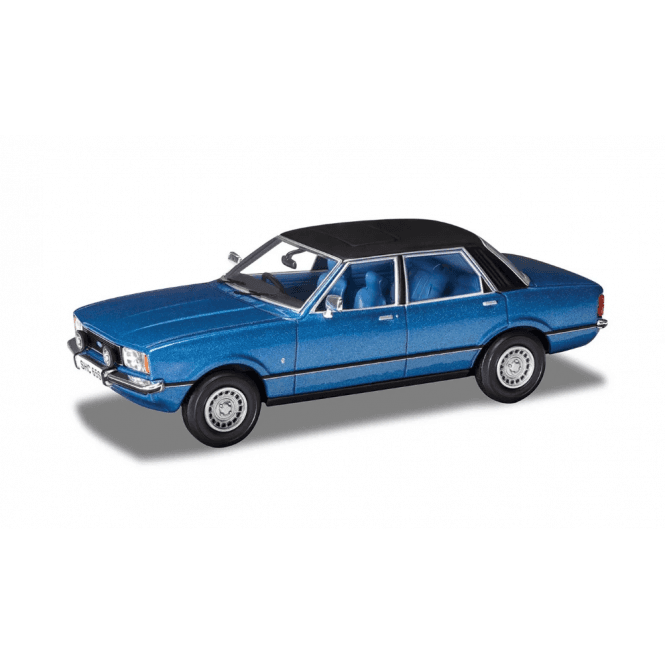 Code: VA11916
Item in Stock Item out of Stock   |   Usually dispatched within 24 hours
Want it by Friday 2nd December? Order within 10 hours, 16 minutes and choose DPD Next Day at checkout.
Loading...

Ford offered Hawaiian Blue as an option on most models in their UK range for just under three years between 1977 and 1979. It wasn’t particularly popular on the fleet-market focused Cortina range though meaning survivors in this attractive period hue are very rare. The car modelled is the only Ghia known to have survived in this colour. It was built at Dagenham, despatched to Ford dealers Eastbourne Motors, and first registered on January 20th, 1978, to local man Mr Robert J Noble. He retained it for five years and it was then purchased by Mr Bertram Alfred Coot who lived very close to London Bridge. He cherished the car, keeping it in a garage and using it regularly, but sparingly, until 2019.This remarkable survivor was purchased by Cortina enthusiast and collector, Dorset-based Bruce McDermott, in 2019 and at that point had covered only 46,000 miles. He couldn’t resist it because of its rare colour and outstanding original condition. The bodyshell was completely rust free and the engine bay, interior and underside were all perfect, perhaps partly as a result of only being used in an urban environment. The paint, however, had faded in a number of areas so, feeling that such a unique time warp example deserved to be perfect, Bruce had the car totally resprayed in 2020 but was able to retain the original vinyl roof which only needed a thorough clean.