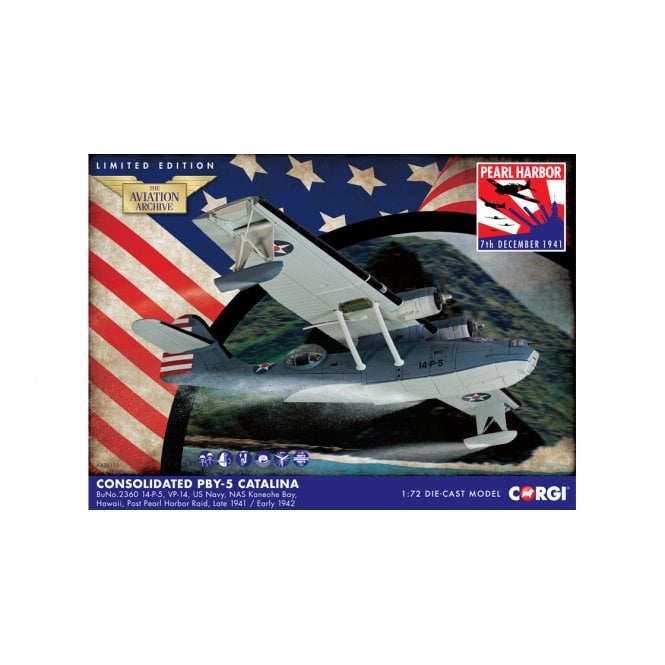 As the Japanese naval Task Force prepared to launch its devastating surprise attack against multiple US military targets around the massive naval base at Pearl Harbor on 7th December 1941, their main targets may have been the huge warships moored in Battleship Row, but they were acutely aware of the threat posed by another American machine. The Consolidated PBY Catalina flying boats based on the Island of Oahu possessed the range to detect the Japanese ships and could alert American forces to their presence, not only undermining the effectiveness of the strike, but also placing the ships in danger of attack themselves.

With a strong force of Mitsubishi Zero fighters retained to protect the task force from air attack, pilots performing this role knew that if a Catalina strayed too close, they would only have seconds to destroy the aircraft, before it could relay details of its discovery to naval headquarters, where a coordinated attack could immediately be launched. As it was, a US Navy Catalina did detect the Japanese raid prior to the first bomb falling, but that of a midget submarine approaching the entrance of the harbour. Immediately launching an attack on the vessel and reporting their discovery to headquarters via coded message, the main attack had already started before military officials had time to plan their response.