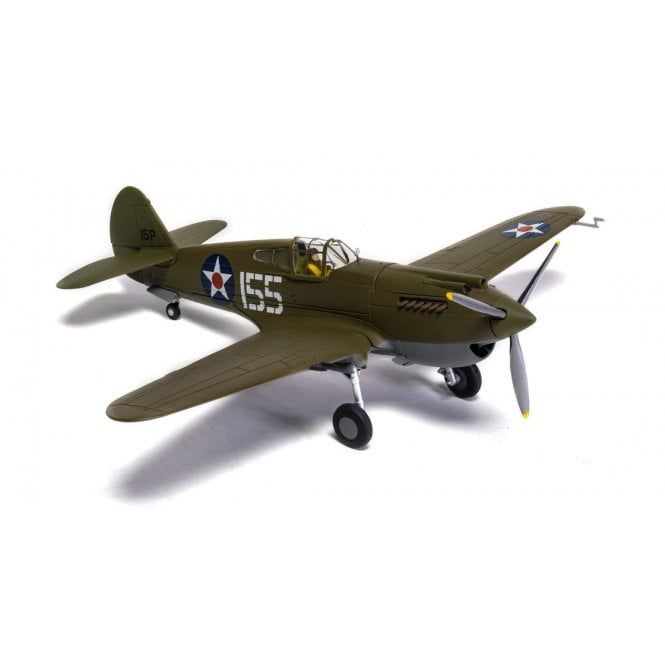 Code: AA28105
Item in Stock Item out of Stock | Usually dispatched within 24 hours
Want it by Tuesday 24th May? Order within 2 days, 10 hours, 22 minutes and choose DPD Next Day at checkout.
Loading...

Having been posted to the US Army Air Corps’ 47th Pursuit Squadron at Wheeler Field on Honolulu Island in April 1941, Second Lieutenant Kenneth Taylor quickly showed his flying abilities and was given the position of flight commander soon after his arrival. In late November, the 47th Pursuit Squadron and their Curtiss P-40B fighters were sent to nearby Haleiwa Field for aerial gunnery exercises, shooting at flag targets and perfecting their aim. At the end of a busy period,

Taylor and his squadron mate friend George Welch were granted weekend leave, so on the evening of 6th December and wearing full black tie dress, they headed for the Officers Club at Hickham Field, expecting a ‘real good time’. In the morning, whilst still sleeping off the effects of the previous night, the pair woke to the sound of low flying aeroplanes, explosions and machine gun fire - Wheeler Field was under attack. Pulling on their tuxedo trousers, Taylor rang ahead to Haleiwa and told them to prepare his and Welch’s fighters, before jumping in his Buick and travelling the ten minutes to the airfield at high speed. Immediately taking to the air and heading back towards Wheeler, the pair chased the Japanese aircraft towards Pearl Harbor, raking any aircraft which entered their sights with machine gun fire.