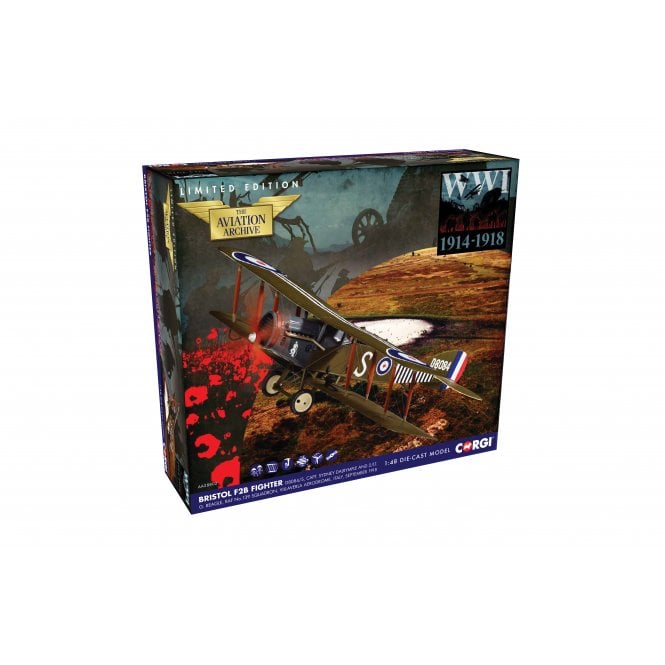 Great War Australian ace pilot Captain Sydney Dalrymple transferred to the newly formed No.139 Squadron at Villaverla in Italy during the summer of 1918, where he would be flying the Bristol Fighter in an armed reconnaissance role. At this stage of the war, Dalrymple only had a single aerial victory to his name, however, this was gained whilst flying the Martinsyde G100 ‘Elephant’, an aircraft which gained its nickname due to its size and ungainly flying characteristics. Early operations with the Bristol Fighter in Italy proved disappointing, as the aircraft were initially flown in a similar manner to the much maligned BE2c, flying straight and level to allow the observer to take his pictures.

Indeed, the squadron had lost three crews in action during this period and only switched to flying the aircraft much more aggressively following the arrival of famous ace William Barker as their new Commanding Officer, who understood the fighting qualities of this effective multi role aircraft. On 8th August 1918, Dalrymple and his gunner 2/Lt. G Beagle used Bristol F2B Fighter D-8084 to shoot down two Aviatik D.1 Berg Fighters near Caldonazzo during the same mission and would dispatch two Albatros D.IIIs on 13th September flying a different Bristol. Now officially an ‘Ace’ pilot, Dalrymple was awarded the Distinguished Flying Cross on 1st November 1918. Bristol F2B Fighter D-8084 was unusual in that it carried Charlie Chaplin artwork on the port side engine cowling.