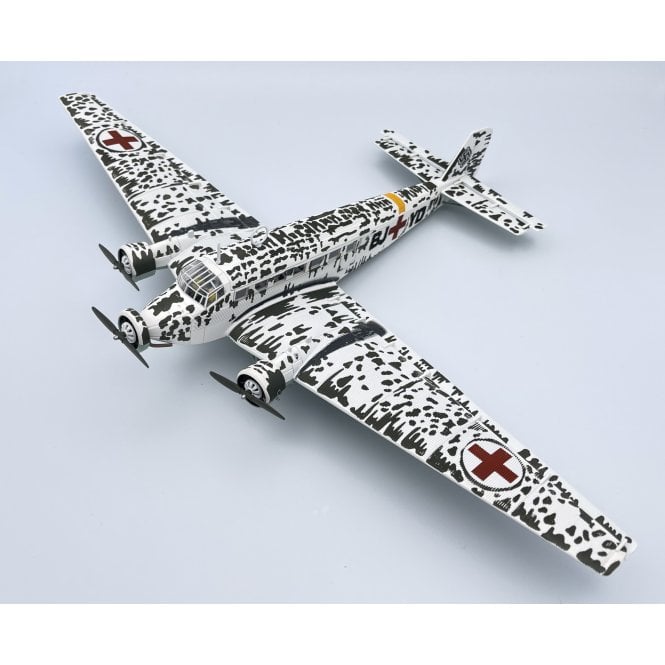 Ordered to stay and hold their positions by Hitler, the encircled German 6th Army at Stalingrad were informed that the Luftwaffe were about to establish an Air Bridge to keep them supplied with the food, ammunition and general supplies needed to allow around 300,000 German troops to keep fighting. In the depth of a Soviet winter and woefully unprepared for such an undertaking, Luftwaffe crews quickly learned that if Soviet aircraft didn’t shoot them down during the flight in, they were just as likely to be destroyed on the ground, striking one of the many snow covered shell craters that littered Pitomnik airfield, or being hit by mortar or artillery fire from Soviet forces who were fighting their way ever closer.

If they did land safely, inexperienced ground crews lengthened the time aircraft stayed in this ‘hell hole’ and when they did eventually leave, their aircraft would be laden with injured troops, desperate to escape the Stalingrad cauldron. With Luftwaffe supply efforts never coming anywhere close to delivering even the minimum quantities required by the beleaguered German troops in the Stalingrad region, Pitomnik airfield soon resembled something of an airfield graveyard, with burnt out and destroyed transport aircraft lining the edge of the runway, serving as something of a macabre aviation guard of honour for the aircrews which were still engaged in this increasingly desperate supply operation.