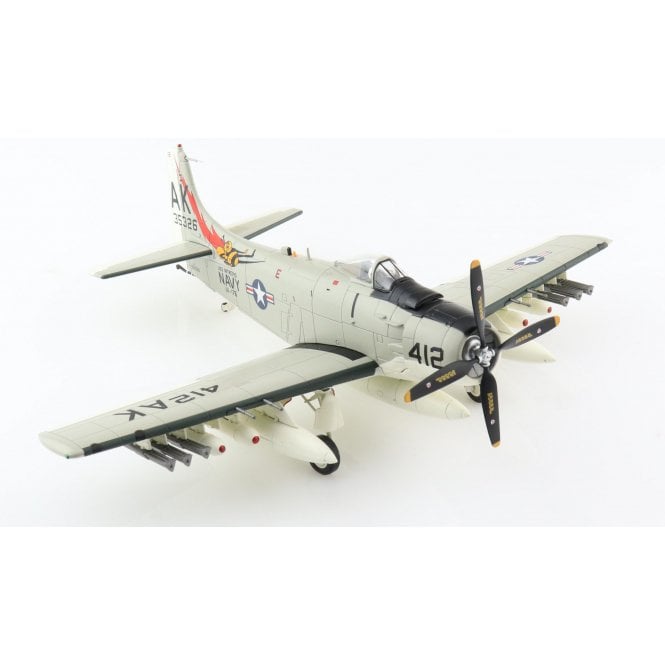 Code: HA2917
Item in Stock Item out of Stock   |   Usually dispatched within 24 hours
Want it by Tuesday 9th August? Order within 17 hours, 52 minutes and choose DPD Next Day at checkout.
Loading...

The A-1 Skyraider originated as a carrier-based torpedo and dive bomber. Deliveries as the AD-1 to the Navy began in November 1946 and in 1962 was renamed A-1. It was the first single-seat torpedo/dive bomber to serve with the Navy. The primary mission of the A-1 was close air support for ground troops because of its heavy ordnance load and accuracy. The aircraft had great success in Korea and Vietnam. There were 3,180 Skyraiders built in seven major models and 28 different versions. There were 266 A-1s lost in Vietnam. Some nicknames - Able Dog, Spad, Sandy, Hobo, Firefly, Zorro and "Crazy Water Buffalo," a VNAF nickname.