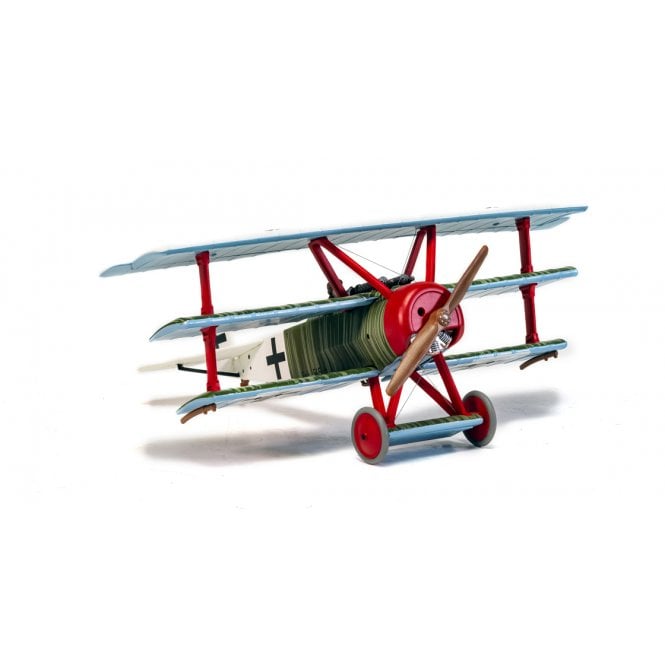 Code: AA38312-1
Item in Stock Item out of Stock | Usually dispatched within 24 hours
Want it by Tuesday 7th June? Order within 10 days, 6 hours, 28 minutes and choose DPD Next Day at checkout.
Loading...

At 10am on 21st April 1918, six Fokker Dr.1 fighter aircraft of Jasta 11 took off from Cappy aerodrome to embark on an offensive patrol over the Somme Valley region. Led by their inspirational commander, Manfred von Richthofen, this was an elite unit where only the finest fighter pilots were invited to join the squadron - the ‘Best of the Best’. Hans Weiss has joined Jasta 11 with a reputation as being something of a balloon specialist, but by this date, he was credited with an impressive ten combat victories.As the formation approached Le Hamel, they spotted a pair of Allied reconnaissance aircraft over the town and dived in to attack.

As the battle commenced, an unseen flight of Sopwith Camels joined the melee to protect the reconnaissance aircraft and just minutes later, the infamous reign of the Red Baron would be over. The distinctive white coloured Fokker Dr.1 flown by Weiss had been hit by return fire from the British reconnaissance aircraft, severing one of his rudder cables and forcing an immediate return to Cappy. Nursing his damaged aircraft back to his home airfield, Weiss would live to fight another day, however, his Commanding Officer would not be quite so lucky.

Weiss would later command Jasta 11 himself, but only for a three week period, before he also fell in combat, the victim of Canadian ace Merrill Taylor.