X
This site uses cookies to provide and improve your shopping experience. If you want to benefit from this improved service, please opt-in.
More Info
Accept Cookies
We are currently away until the 6th June | All orders will be Processed and dispatched on the 6th June | Thank you for your patience
Jumblies ModelsCorgi Release UpdatesNew images added Corgi Vanguard TC00005 Triumph Topless Collection Model Cars
Menu
Corgi Release Updates, New images, New Releases

Post-war, Triumph had become moribund when, in 1945, their Coventry neighbour Standard purchased them to utilize their prewar reputation for fine sporting and luxury cars. Standard-Triumph, as they later became, launched the TR2 in 1953 to immediate sales and motorsport success. Subsequent TR models evolved until the last ‘separate-chassis’ TR6, was produced in 1976.

The smaller 1962 Herald-based Spitfire emulated that success until production ceased in 1980, while the beautiful 1970 Stag was a car with the panache and performance needed to succeed in the luxury GT market. These models reflect the three families of sporting car emerging from Triumph’s Canley factory during an era when the company were triumphant on road and track

The Spitfire was announced at the 1962 Earls Court Motor Show and would remain in production, with four distinct updates, until 1980 by which time 314,332 had been made. It was based on the Herald, the company’s small saloon for the 1960s, a car which, unfashionably at the time, was built on a separate chassis allowing them to very easily create various models for different markets including the Vitesse, GT6 and Courier van. The Spitfire was created to compete with BMC’s Austin Healey Sprite and MG Midget twins but was just a little bit larger, making it a more practical touring car.

Stylist Walter Belgrove resigned from Standard-Triumph in late 1955 leaving the company with a void in the styling department which was not filled until, by a series of coincidences, they began to work with Italian genius Giovanni Michelotti in late 1956. By 1965 his relationship with Triumph was so strong that when he requested a 2000 saloon as a basis for a one-off show-car, one of the Le Mans team’s support vehicles was driven to his Turin studio after the race. When Triumph executives saw the show-car being built, they were so impressed they bought the design and it became the Stag.

Michelotti did, though, become a victim of his own success, so much so that he simply did not have the capacity to undertake an update of the TR5’s styling because of the work he was doing for both Triumph and the company that had bought them in 1960, truck manufacturers Leyland Motors. German coachbuilders Karmann were therefore given the job of modernising the TR5 bodyshell while retaining the scuttle, doors and interior packaging. The resulting 1968 TR6 was considered very successful by company and public alike and, although it proved to be the last separate chassis TR, it remained in production until July 1976. 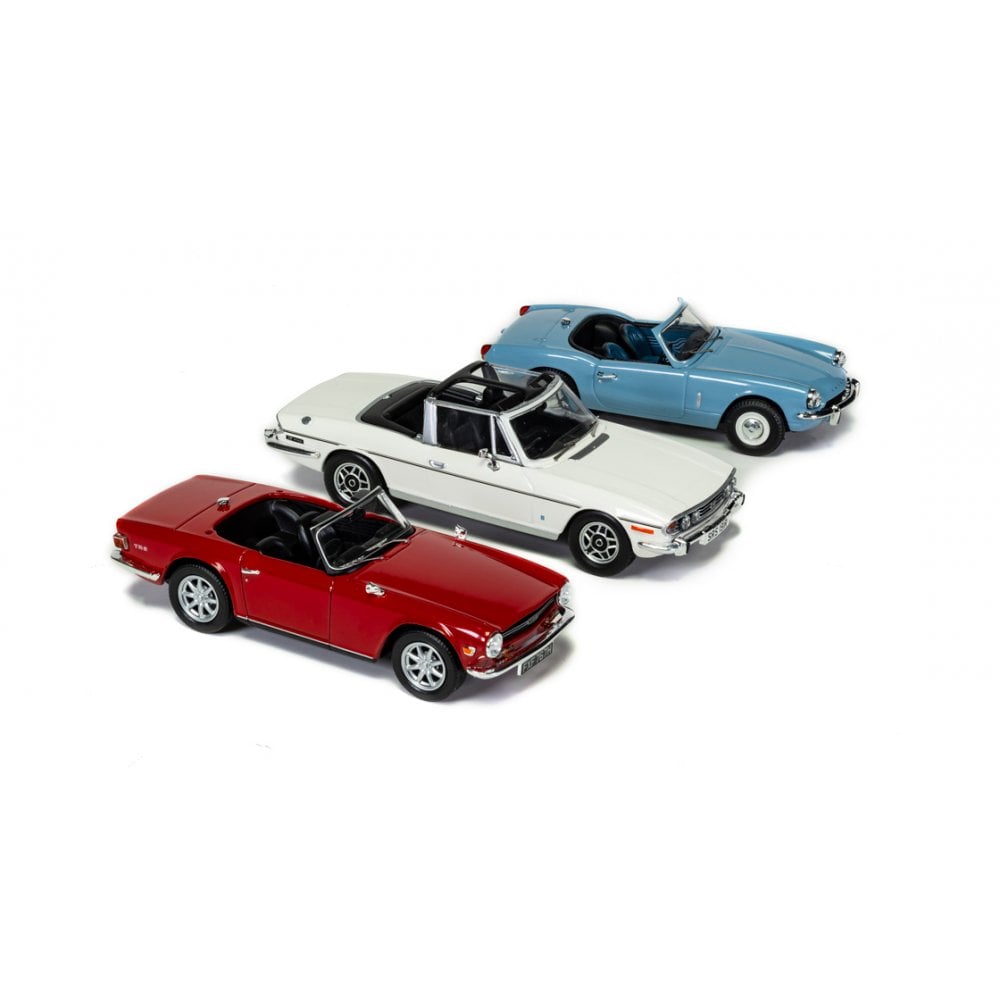